Due to the ongoing global COVID-19 pandemic, the Tokyo 2020 Olympics have been postponed to 2021. The supposed 2021 Tokyo Summer Olympic Games will be held at 34 venues in and around Tokyo.

We at Fynnest have judiciously picked up the top 5 most fascinating Tokyo Olympic Venues.Here are the venues below:-

The new Olympic Stadium in Sendagaya replaces the old stadium first built in 1964. With a capacity of around 68,000, it will host all the athletics and football events, as well as the opening and closing ceremonies.

Tearing down and rebuilding the 1964 Olympic Stadium was a controversial move. Its design and reconstruction process has also been beset by all manner of scandals and delays. But the new Olympic Stadium, also located in Sendagaya, is on track for completion in time for the 2020 summer games that is now postponed to 2021

Designed by eminent architect Kengo Kuma, the stadium will accommodate around 68,000 spectators for the athletics events, and a shade over 80,000 people for the football matches. The roof’s frame purportedly incorporates lumber from cedars and larches from all of Japan’s 47 prefectures. The symbolism there is quite evident!

The Olympic Stadium is located 1 minute on foot from Kokuritsu-kyogijo Station on the Toei-Oedo subway Line. Alternatively, it’s a 5-minute walk from Sendagaya Station or Shinanomachi Station on the JR Sobu Line.

The Olympic Stadium is centrally located, with Shinjuku Gyoen within walking distance, as well as the Harajuku and Omotesando area a short bus ride or walk away. For more ideas on what to do or where to eat, check out our district pages.

Recommended Accommodation Near The Olympic Stadium

While the Olympic Stadium is located in Shinjuku Ward, it’s easily accessible from Shinjuku, Harajuku, Omotesando, or the Shibuya areas. We suggest picking a hotel in any one of these areas.

Judo made its debut as an Olympic sport in the 1964 games at the Nippon Budokan. What better venue for the martial arts events than this very same legacy venue?

Walk through the leafy green oasis that is Kitanomaru-koen Park and you’ll find the Nippon Budokan. As the name suggests, this indoor arena is the spiritual home for Japanese martial arts ranging from kendo to judo to Japanese archery. This is where judo made its debut as an Olympic sport when Japan hosted their first games in 1964.

Naturally, this legacy venue will take up the mantle again for the already postponed 2020 Olympics. Nippon Budokan will host the Olympic judo and karate events, and the Paralympic judo events.

Outside of martial arts events, this 14,000-capacity arena is actively used for other large-scale events like concerts. Major stars like Tina Turner, The Beatles, Led Zeppelin, and Cheap Trick have all played here! Incidentally, the roof of Nippon Budokan was designed to resemble Mt. Fuji, which isn’t far off the mark at all.

The Nippon Budokan is located 5 minutes on foot from Exit 2 of Kudanshita Station on the Tozai, Hanzomon, and Toei-Shinjuku subway lines.

Besides visiting Nippon Budokan itself, there’s plenty else to do in the area. Try dropping by Yasukuni Shrine, the Showa-kan Museum, the Science Museum, or the National Museum of Modern Art, all located within walking distance. Kitanomaru-koen Park is also quite pleasant to stroll through.

Located right in the heart of the financial district, Tokyo International Forum will play host to the Tokyo Olympic weightlifting and Paralympic powerlifting events. Go for the sports, stay for the striking architecture.

With its striking glass and steel-heavy architecture, you’d be forgiven for thinking that the Tokyo International Forum was in fact a giant glass ship marooned in the middle of the metropolis. Designed by architect Rafael Viñoly and completed in 1996, the complex draws millions of visitors every year.

There are 7 halls in Tokyo International Forum, and it remains to be announced which one will be used to host these sporting events. There are plenty of restaurants on-site and in the surrounding area. Additionally, facilities such as lockers, baby nursing stations, escalators, and elevators make this more accessible than most places.

Out of all the Olympic venues, it might be one of the most conveniently-located for visitors. Tokyo International Forum is accessible from a number of train and subway stations. The closest station is Yurakucho Station on the JR Keihin-Tohoku, JR Yamanote, or Yurakucho subway lines, all approximately 1 minute on foot.

Besides watching some weightlifting matches, there’s plenty else to do in the area, and no shortage of great restaurants to eat at.

While it’s normally used for sumo tournaments, the Kokugikan Arena in Ryogoku will play host to boxing events during the 2021 Olympics. Pair a boxing match with a visit to the Edo-Tokyo Museum next door for a full day of fun.

Those familiar with Tokyo will know the Kokugikan Arena as a sumo stadium. But having also hosted professional boxing matches, pro-wrestling tournaments, and music concerts in the past, it’s no surprise that the Kokugikan Arena is slated to be the venue for the 2020 summer Olympics boxing events which has been extended to 2021

The interior of the Kokugikan Arena is designed in a bowl shape so that spectators can enjoy the sumo action no matter where they’re seated. Naturally, this also makes it perfect for boxing matches. The building has a capacity of around 11,000 people.

The Kokugikan Arena is just 2 minutes on foot from the West exit of JR Ryogoku Station, or 5 minutes away from Exit A3 of Ryogoku Station on the Toei-Oedo subway line.

You don’t have to visit Ryogoku just for the boxing events, though. The arena is conveniently located right next to the Edo-Tokyo Museum. A visit here gives you a fantastic overview of Tokyo’s history, with plenty of interactive installations and insights into the making of this modern metropolis. As a bonus, the museum shops have a well-curated selection of handicrafts that make great souvenirs.

While there are hotels in the Ryogoku area, there’s not too much for tourists to do in the area unless it’s sumo-related. We suggest staying in nearby Asakusa. Access to this venue is good and there are plenty of attractions to explore in Asakusa.

The Tokyo Stadium in Chofu plays host to the opening match of the Rugby World Cup 2019, but is also an Olympic venue for football, rugby, and modern pentathlon events during the long awaited 2021 games.

Did you know Japan was a nation of rugby lovers? If you didn’t, you do now. Not only is Japan hosting the 2020 Olympics, it’s gearing up for that major event first with the Rugby World Cup in 2019. The opening match for the latter will be held at the Tokyo Stadium in Chofu city near Tokyo.

Not to be confused with the Olympic Stadium, the Tokyo Stadium is in fact the new name – come 2020 – for the Ajinomoto Stadium. Its location in Chofu might seem a little far away from the city centre, but it will in fact be a nice way to get out of the hustle and bustle of Tokyo. The stadium has a capacity of 49,970 and was first opened to the public in 2021.

For the 2021 Olympics, this stadium will host the football, rugby, and modern pentathlon events. A pentathlon consists of swimming, fencing, more fencing, riding, and a laser run.

If you’re a football fan, bear in mind that not all the football matches will be held at Tokyo Stadium. Some of the other venues include the Olympic Stadium, Ibaraki Kashima, Saitama Stadium, Sapporo Dome, Miyagi Stadium, and International Stadium Yokohama.

Unless you’re set on watching every single match taking place at Tokyo Stadium, we wouldn’t really recommend staying out in Chofu. It’s best to stay somewhere central such as Shinjuku and travel out just for the matches. Tokyo Stadium is located near Tobitakyu Station on the Keio Line, which is a 45-minute ride out of Shinjuku Station. 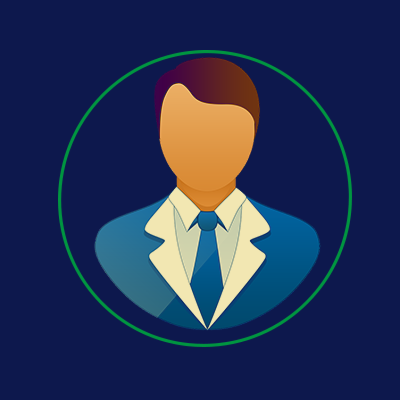 How Could Our Academic Term Papers Help Students?

How Could Our Academic Term Papers Help Students?